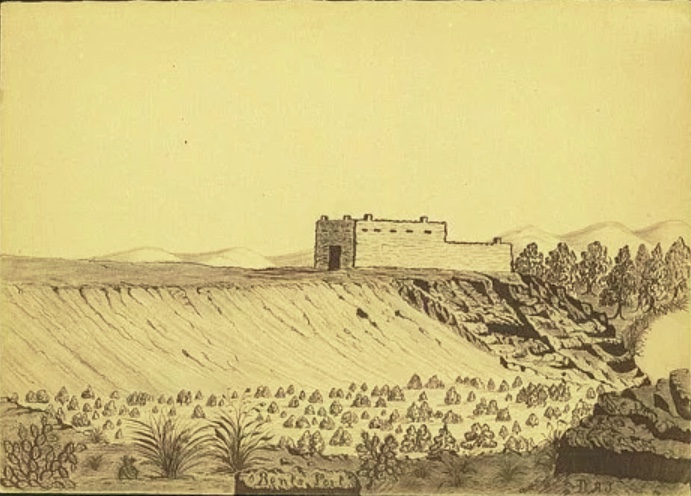 Bent’s New Fort, built by William Bent from 1849 to 1853, lies 30 miles east of the original Bent’s Old Fort on a bluff overlooking the Arkansas River.

Built at a location known as “Big Timbers,” a favorite campground for the Cheyenne and Arapahoe Indians, Bent’s New Fort was a smaller version of his adobe establishment currently known as Bent’s Old Fort.

In 1849, William Bent built a wooden stockade for a fort and trading post. It was a U-shaped structure of three connected log cabins. The open side faced the Arkansas River. He then built a rectangular limestone or sandstone trading post and fort in the summer and early fall of 1853.

Bent’s New Fort stood on a point so it could only be approached by the north. Sixteen-foot high stone walls surrounded a dozen rooms and a large central court, and Inside was a 55-foot long warehouse. Although the new fort had no bastions, it had the cannon from the earlier forts, and these were mounted on the corners of the roof.

Unfortunately, this new fort was not a success as a trading post, and in 1860, Bent leased it to the US military. 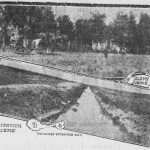 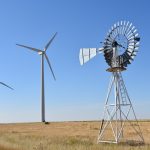